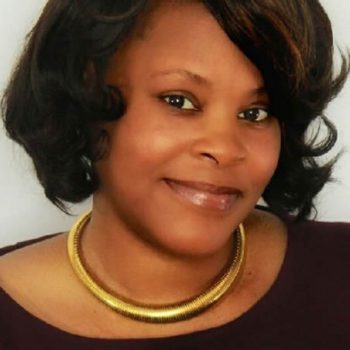 Mrs. Booth is a licensed educator with fifteen consecutive years of classroom experience, and over twenty-six years of performance experience. She is a National Board Certified Orchestra teacher, holds an advanced degree in Educational Leadership, and a Master’s Degree in Music Education with a concentration in String Pedagogy from the University of North Carolina at Greensboro. While attending UNC-Greensboro, Mrs. Booth studied cello with Alex Ezerman. Mrs. Booth received a BA in Performance with a concentration in Cello from North Carolina Central University, and studied cello with Master Cellist, Dr. Timothy Holley. She also studied cello with Jessie Suggs, Jr., Kellie Keiser, and Jennifer Wernicke.
Mrs. Booth is excited to bring her wealth of experience, knowledge, and success to the Wake Forest Community Youth Orchestra. Throughout her career she has served as String Specialist, Conductor, and Lead Teacher in charter, private, and public school settings, as well as for non-profit music organizations. Mrs. Booth is a former member of the Greensboro Philharmonia, and performed Duke Symphony Orchestra, Durham Symphony, Raleigh Symphony, and completed a mini-tour in Sydney, Australia.

Mrs. Booth has a successful history of establishing string programs and creating string orchestra curriculum for public schools and non-profit organizations. Under Mrs. Booth’s leadership, all of her performing ensembles have received superior ratings in adjudicated music festivals and competitions. Mrs. Booth’s accomplishments include a featured article and cover story on the 2008 edition of Opus magazine, a guest appearance on an episode of One Tree Hill, the WB network’s hit television series, and a performance on Spiritual Awakenings, an inspirational television show. Mrs. Booth was interviewed by Tara Lynn, host of the WCPE Classical Radio Station, for her work with youth in the community. Mrs. Booth is also an inventor, and was awarded a patent by the USPTO for designing a music instruction apparatus for string instruments (USPTO# 20140260902).

Mrs. Booth is currently the Founder and Principal Cellist of Integrity Strings, a registered music booking agency. She is an active member of the North Carolina Music Educators Association, where she is District 3 President. She is also a member of the American String Teachers Association (ASTA) and was named one of 50 Directors who Make A Difference by School Band and Orchestra Magazine. Mrs. Booth’s vision for the Wake Forest Community Youth Orchestra is for the organization to serve as an international model for excellence in orchestral training, instruction, and instrumental performance.